10 Most Exotic Flowers Around the World

As we’re sure you’ve noticed, exotic, tropical flowers are all the rage right now.

You may have begun to see them used in weddings or artistically sprinkled in an arrangement your BFF brought to your summer barbecue last summer. 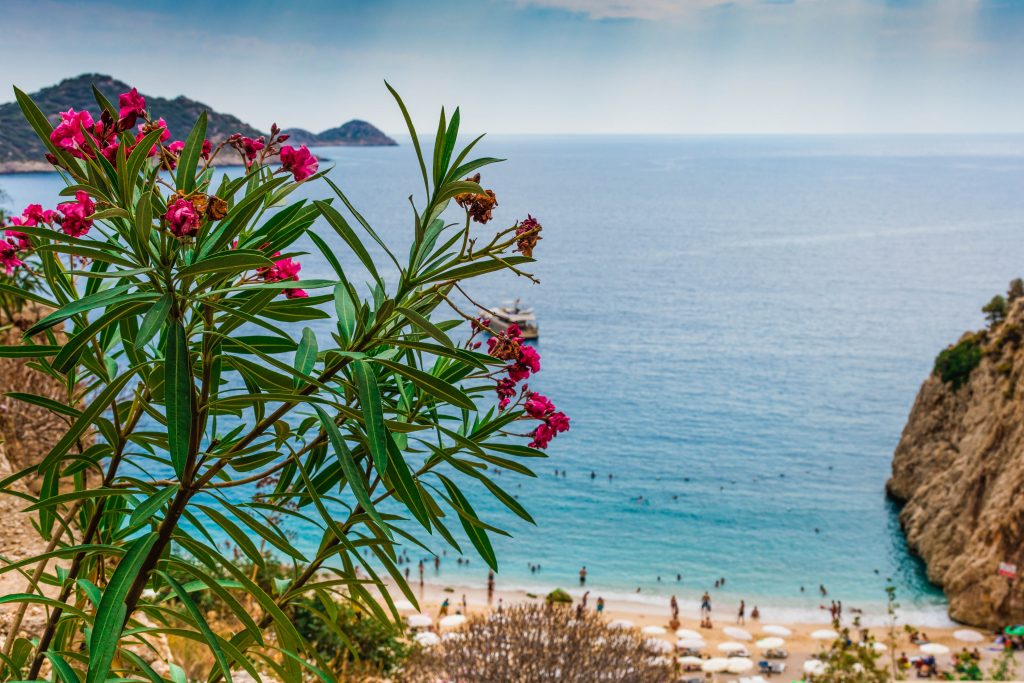 This method of floral design actually has a name:

Tropical Nouveau, a trend to blend temperate flowers and locally grown with tropical flowers to create a softer look. This was started by my mentor Hitomi Gilliam. The Hawaii Floriculture & Nursery Association is a huge promoter of the style. I was honoured to attend the wedding celebration tour in Maui last year!

Without further ado, let’s jump into the top 10 most exotic flowers around the world!

Shop Local One Stem at a Time

Send flowers crafted by florists in your local community. 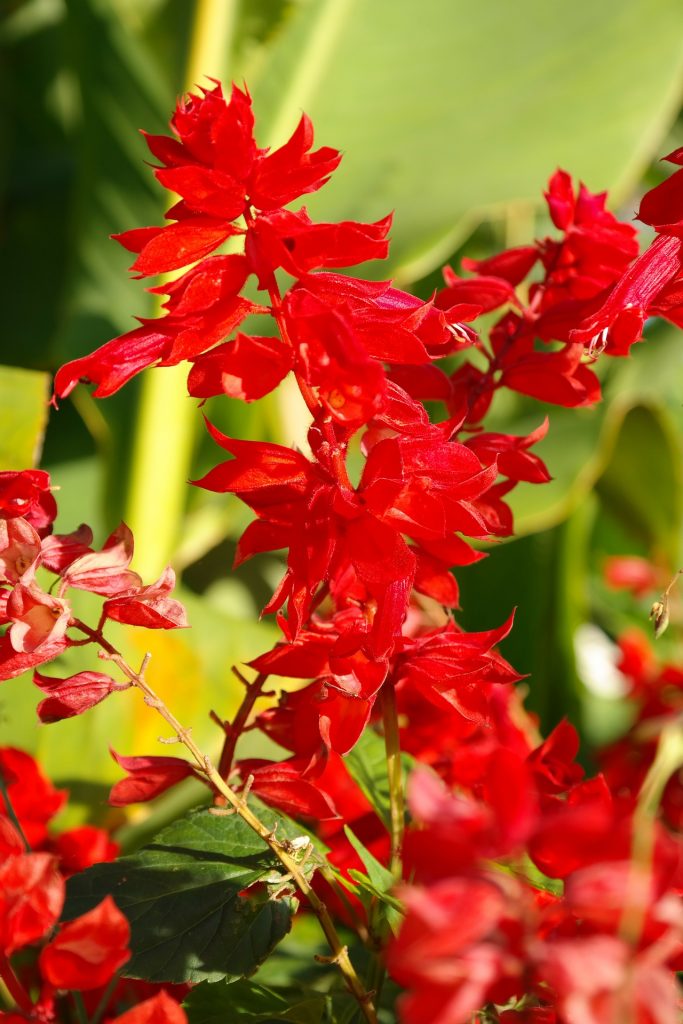 Picture this: you’re overlooking the clear blue sea and find these confident blossoms sneaking their way into your picturesque view. Now you can’t decide which is more stunning, the sea or the salvias!

Often referred to as scarlet sage, the red salvia plant is actually part of the mint family! These ruby reds are indigenous to Brazil where, due to its hot climate, they grow as perennials. They are treated as annual plants in a more temperate climate, as they will not survive harsh frosts and frigid weather.

While most will recognize salvia splendens in their most popular form, scarlet, they do, in fact, come in other colors!

Quite the variety, huh?

They can grow from 18-30 inches in height and are known for their spiky, electrifying blooms.

Because of their shocking red color, they are most often used around Memorial Day and the 4th of July.

Pro Tip: If you’re an Autumn lover (like us), by deadheading and pinching them throughout the summer, you can actually make these vivacious treasures last through the fall season.

My oh my, just imagine them artfully mixed in with your orange and yellow Chrysanthemums! 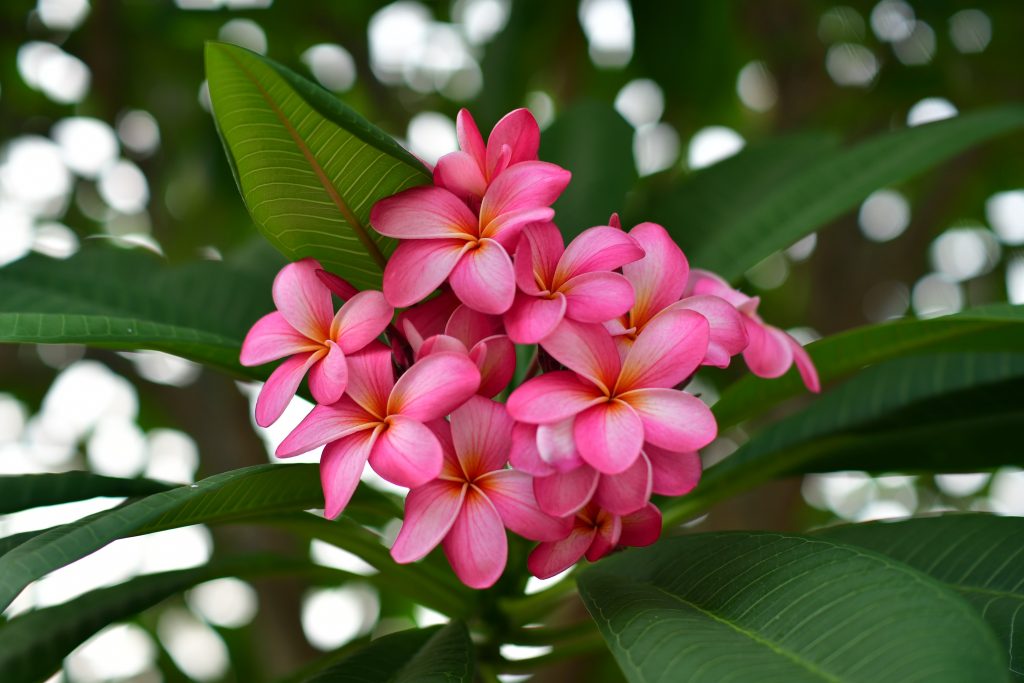 Did somebody say pretty in pink?

Do these sweet little blossoms not just scream “put me in your hair”?

We can tell you why! Plumeria is most commonly used in Hawaiian leis!

Ah, it’s all coming together now.

Commonly known as Frangipani, plumeria is actually named after Charles Plumier, the botanist of King Louis XIV of France.

Do we have a royal among us?

Sir Charles Plumier was a clergyman of the Franciscan Order of Minims. This strict Roman Catholic order basically lived in a perpetual state of Lent. But a clergyman who discover an iconic staple of tropical gardens everywhere, nonetheless.

Plumeria itself is thought to be native to South and Central America. However, some reports claim they are native to the Caribbean and were later taken to the Americas by Spanish priests.

These pretty blossoms bloom from a relatively small tree, with the tree itself only growing to a height of 5-6 meters. However, they do have a tendency to grow as wide as they are tall!

With a sweet perfume, and even sweeter appearance, and a long bloom life (as long as you live in a warm climate, that is), you can bask in plumeria’s loveliness for months!

Not really, but they sure do look like them!

Heliconia, otherwise known as lobster-claws, actually comes with quite an interesting, God-like backstory, if you will.

Named after the Greek Mount Helikon, where the Muses lived, these tropical treasures symbolize beauty and youth, for they always remained fresh.

The moral of the story is if you want to stay young and beautiful, buy yourself a heliconia. And that’s the Gospel Truth (insert shameless Disney plug here).

Heliconia originates from Central and South America but is now found planted in tropics all around the world. 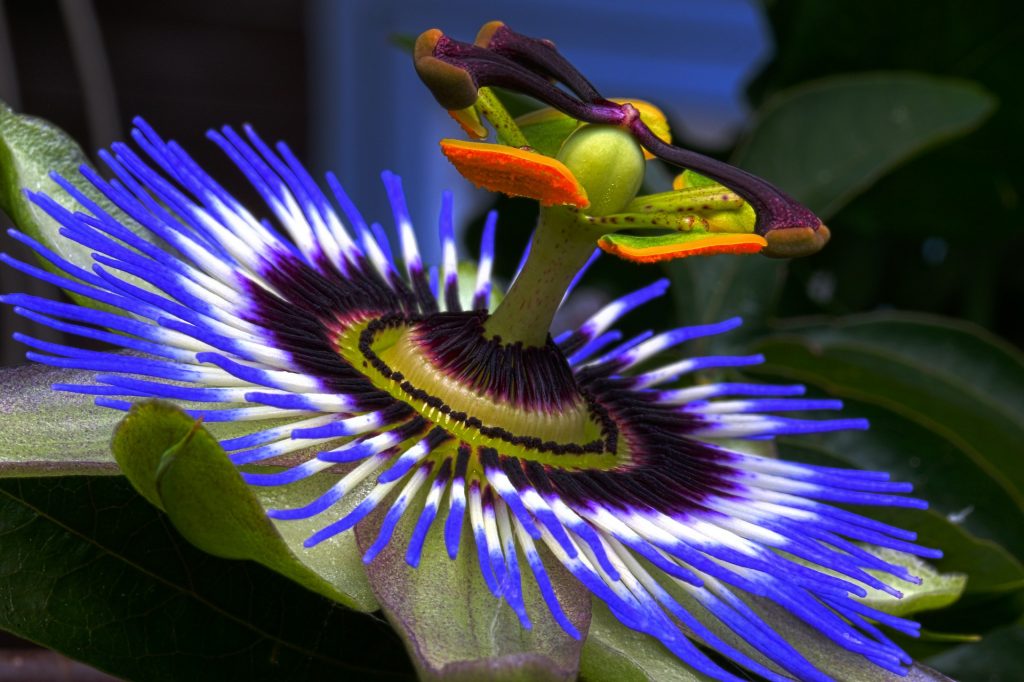 The Passiflora caerulea or blue passion flower is said to have been first discovered in Peru, where it was then formally presented to Pope Paul V by the Spanish Jesuits.

If you’re looking for symbolism, the blue passion flower is officially up to bat.

16th-century scholar Giacomo Bosio described the passion flower as “La Flor de las cinco Llagas,” meaning the flower with the five wounds. Many believe that this unique bloom was used as a symbolic teaching tool in the quest to convert the native Indians of Peru to Christianity. Let’s break it down just a bit:

Now that’s what we call some good ol’ fashioned symbolism!

Fun Fact: The Passion Flower has quite a high medicinal value, and can aid in ailments such as headaches, cramps, and anxiety.

6. Lily of the Valley 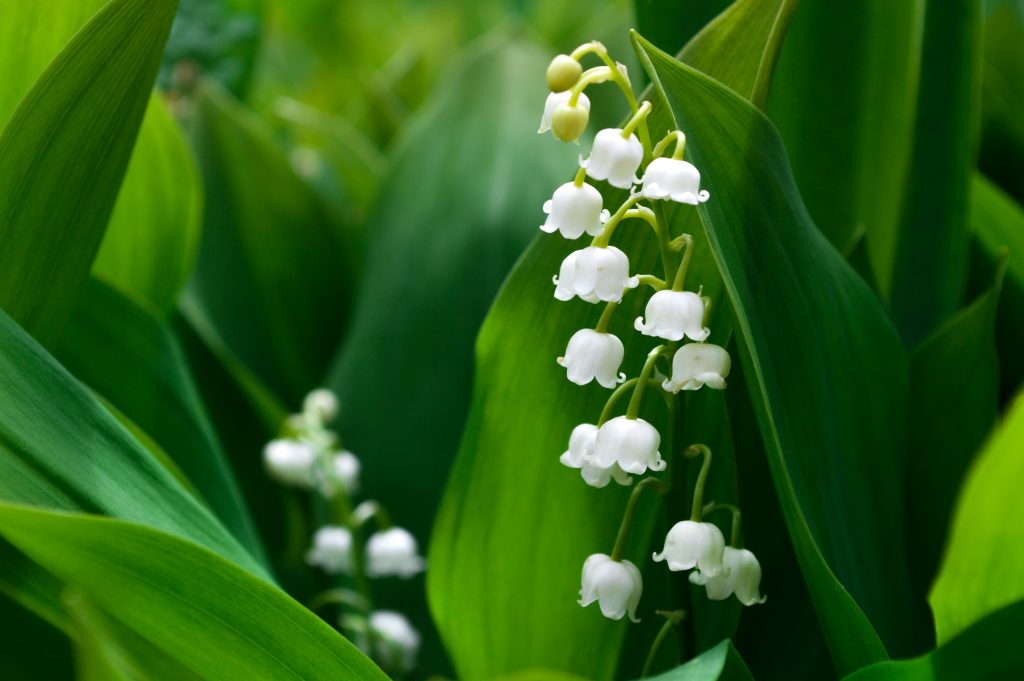 We don’t know about you, but when we think of lily of the valley, we picture Julie Andrews as Maria frolicking through the hills and valleys of Germany in the Sound of Music. If you were to guess the backstory behind these tiny, delicate blossoms, you would assume it would be quite a sweet one, right?

The lily of the valley’s history is deeply rooted in the Christian religion, wherein it symbolizes purity and humility. (Perhaps why we see many brides utilizing these little blooms in their wedding bouquets!) Kate Middleton, we’re talking to you!

The Bible actually mentions lily of the valley 15 times. It is commonly referred to as ‘Mary’s Tears’ or ‘Our Lady’s Tears,’ as the plant originates from the place where Mary’s tears fell to the ground upon the crucifixion of Jesus.

As these blossoms are springtime bloomers, they have also come to represent the returning of Christ.

Now let us transport you all the way back to 6th century England, West Sussex, to be exact, where the blood of a French saint and martyr known as St. Leonard splattered onto the ground as he valiantly fought and defeated a dragon. Legend has it that God made it so that white lilies of the valley would bloom wherever the Saint’s blood fell, and even to this day, the floor of St. Leonard’s forest remains a blanket of white.

Lily of the valley are also extremely poisonous and can cause death in children or pets. 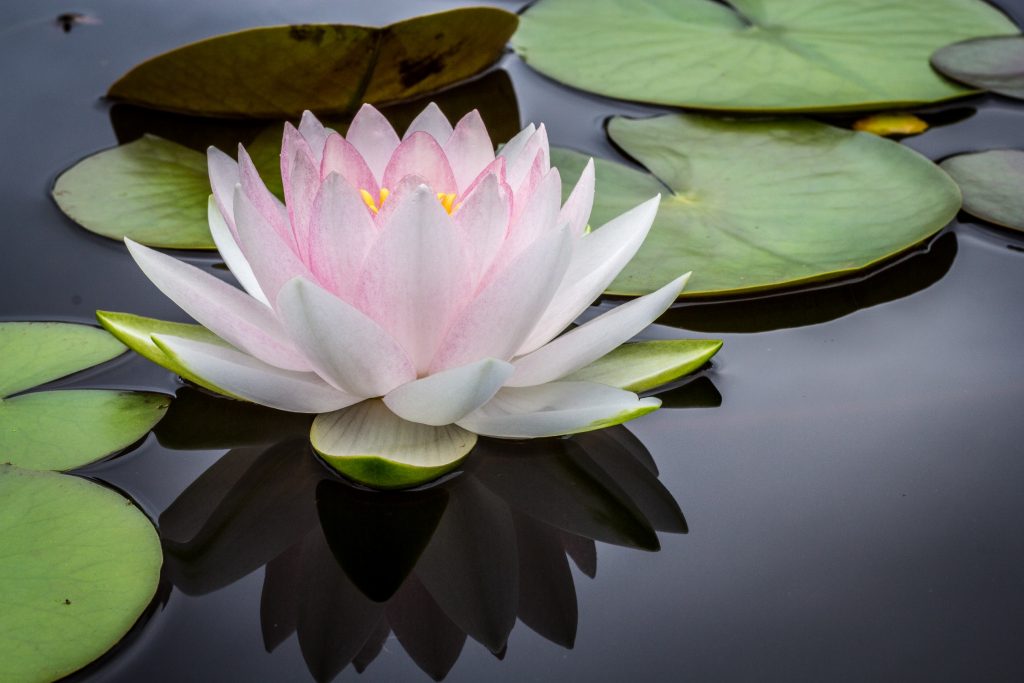 There comes the spell of a magic dream, And the Harbour seems a lotus-flower

Oh, such a magic dream indeed!

Lotus flowers are one of the treasured wonders of the Eastern world. In Hinduism and Buddhism, lotus’ are considered the most sacred flower of all.

Even Hieroglyphics from Ancient Egypt show this mystical flower alongside priests and pharaohs.

Treasured statues of Buddhist monks often include these ancient blooms in their structure as well.

Associated with gods and goddesses by the Vietnamese, it’s pretty clear this transcendental blossom means business.

Not to mention that there is quite a bit of mystery surrounding these blooms, particularly regarding its survival.

The lotus flower is, in fact, a living fossil, with their existence stretching back approximately 145.5 million years. Which means, yes, they did survive the Ice Age.

We’ve got a dinosaur on our hands, ladies and gents.

Lotus flowers primarily appear in wetlands and usually grow in mud, but adapt quite quickly to their local environments. As long as their roots remain in either water or mud, they can survive (even underneath ice).

Fun Fact: Lotus flowers are known to be resistant to pollution and can even purify the water they are growing in! 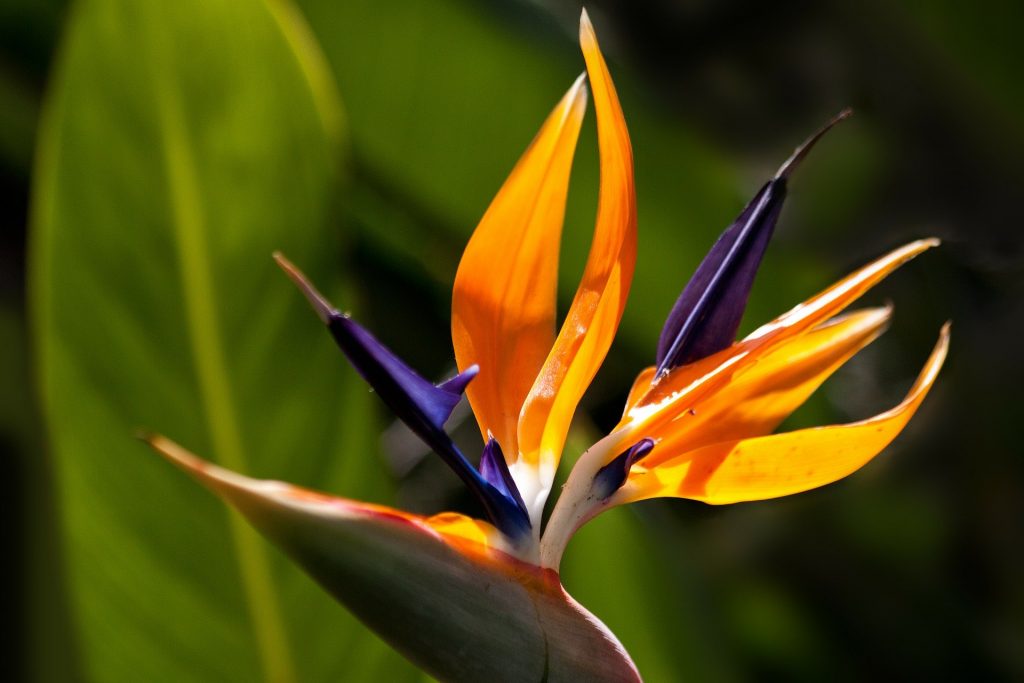 It’s a bird, it’s a flower, it’s a bird of paradise, otherwise known as the very definition of an exotic flower.

Originally from South America, these eccentric tropicals were brought to western attention in the late 1700s.

Alright, we know there’s a lot going on here, so let’s break this bloom down a bit.

Bird of paradise was originally brought to Kew Gardens in England in 1773 by Sir Joseph Banks, a well known British botanist, and are the emblem of the South African National Biodiversity Institute. They also appear on the South African 50 cent coin, on the coat of arms of the Providence of KwaZulu-Natal, were chosen as the floral emblem of Los Angeles, California, and are the emblem Aloha Air Cargo of Hawaii. 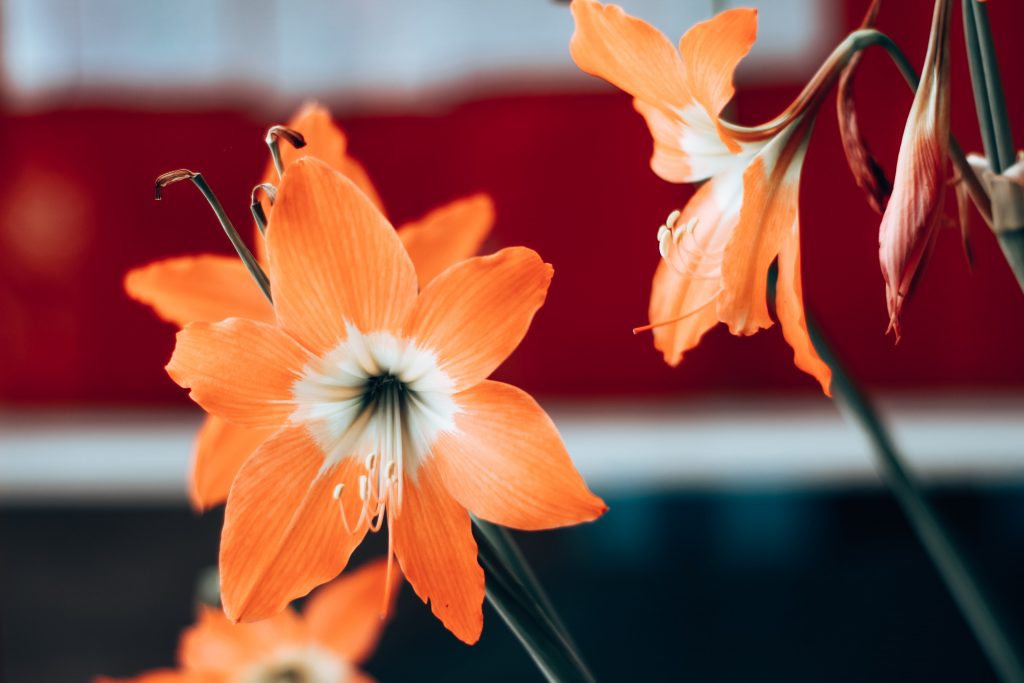 If you don’t flood your house with Amaryllis during the winter, well, you should, we’ll leave it at that.

Who wouldn’t want these big beautiful blooms brightening up the dull despair of winter?

Native to the tropical regions of South Africa, its bulbs range from 2-5 inches in diameter and, depending on the species, will bloom 2-15 large flowers each. They come in plenty of colors, including:

Now, brace yourselves for some more Greek lore!

Legend has it, a shy maiden named Amaryllis fell in love with a shepherd by the name of Alteo, who was graced with the strength of Hercules and the beauty of Apollo.

Amaryllis, obviously head over heels for Alteo (who wouldn’t be?), dressed in white and patiently waited outside Alteo’s door for 30 nights. Alteo fell in love with her the moment he discovered her outside his door, surrounded by beautiful Amaryllis flowers.

And so, Amaryllis became a symbol of strength, determination, and ethereal beauty. 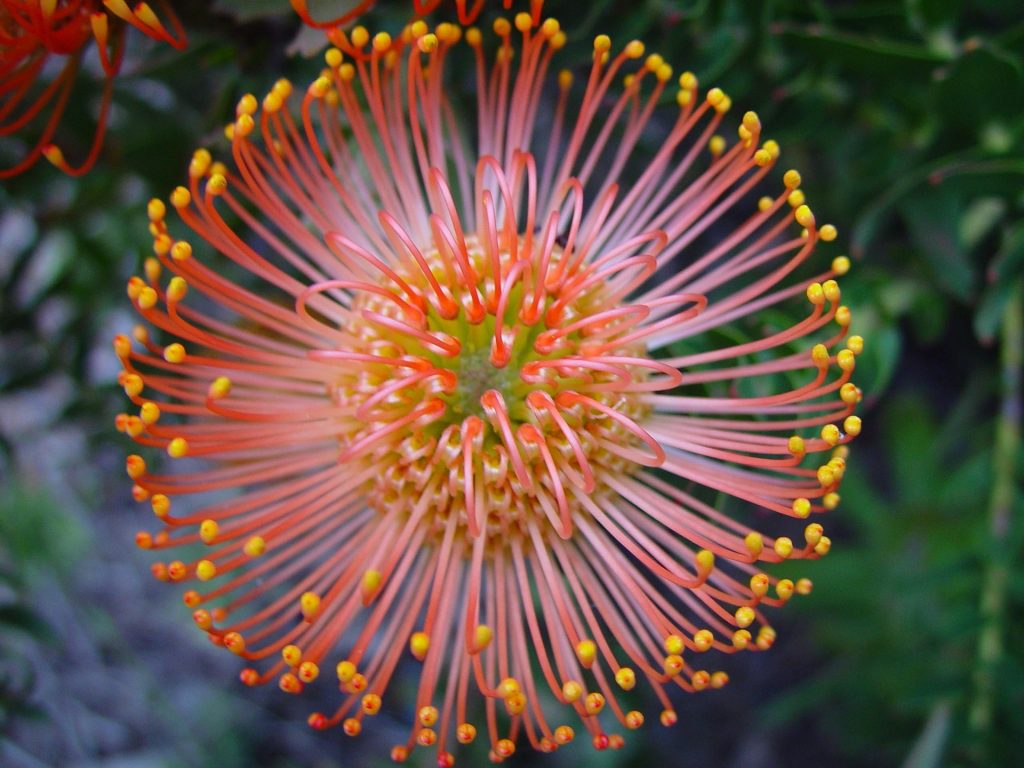 Ladies and Gentlemen, allow us to introduce you to South Africa’s national flower, the beautifully talented, and multi-purposeful protea! (We know you’ve probably seen these beauties, just let us have this one).

This tropical wonder has a history dating back 300 million years and is actually considered one of the oldest families of blossoms one can find on Earth today.

Studies show that protea is a genus originating from the continent of Gondwana. Scientists have theorized that the reason this genus has spread to all different sides of the planet is because of the splitting of the continent.

And of course, we’ve got more Greek mythology for you. Who would have guessed?

The name protea is taken from Proteus, son of Poseidon, who is believed to have been a shape-shifter. This makes sense, as with 1,500 species, proteas clearly come in many different shapes and sizes!

These divergent tropicals symbolize diversity, courage, and transformation, meaning they are the perfect quirky, unique gift to send! 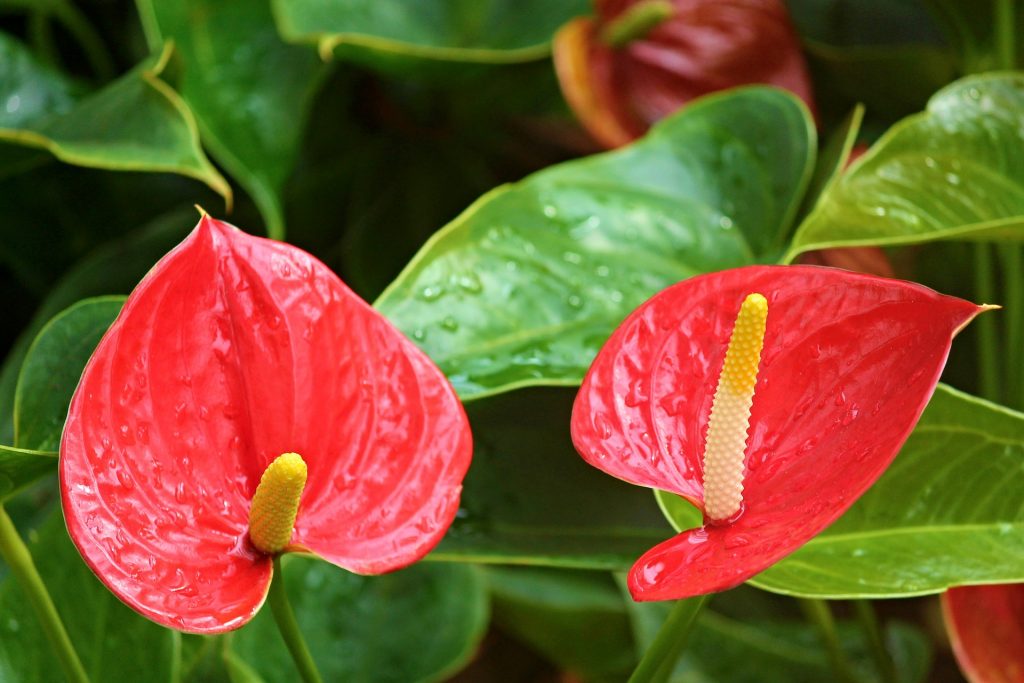 If you’ve ever seen anthurium in person, or happen to have any planted in your garden, we don’t have to tell you how incredibly unique and beautiful these blooms are.

These enticingly odd tropicals first sprung up in the rainforests of South America, where they remained for hundreds of centuries.

In 1889, son of two missionaries, Samuel Damon, brought one species of anthurium over to the great land of Hawaii. Quite the well-established man, and by well-established, we mean a certified billionaire, his planting of anthurium in his gardens throughout his estate introduced them to those who could admire their beauty, and who then began growing them themselves.

And so anthurium’s rise to stardom began.

Alongside its popularity, this heart-shaped bloom has become a symbol of hospitality, good luck, protection, happiness, and wealth.

The ridiculously talented Poppy Parsons of Smart Flowers, a florist in Swift Current, Saskatchewan LOVES to use anthurium as well as protea in her weddings.

My all time favorite tropical flower is anthurium... but it isn't always practical so my second choice is protea. They travel very well and are long lasting. They suit country, boho looks, as well as tropical and tropical-nouveau very well.

Not a bad idea to have good luck, happiness, and wealth present on your big day, not to mention anthurium’s heart-shaped blooms!

Interested in more tropical floral trends, practices, and all things exotic? Check out this article by Florist’s Review for more! 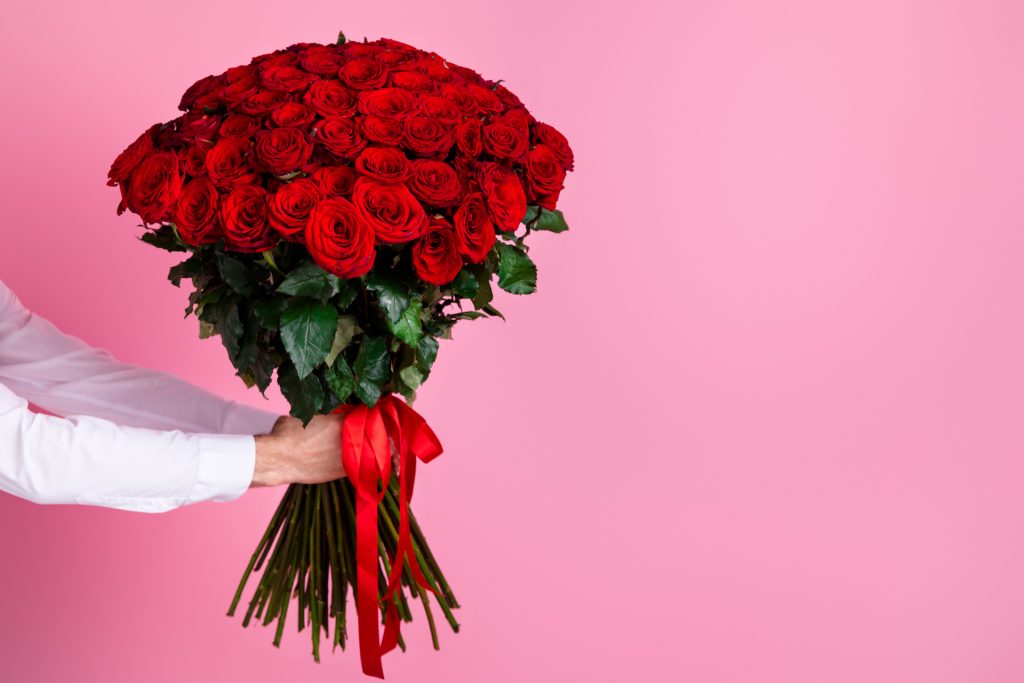 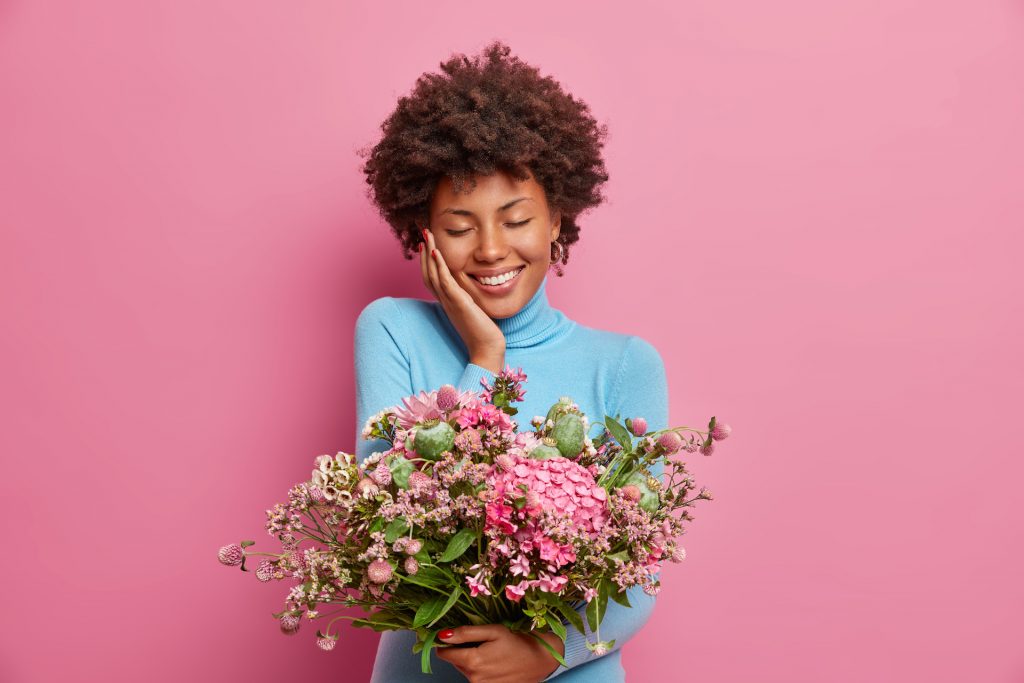 7 Ways to Celebrate Yourself this Valentine’s Day