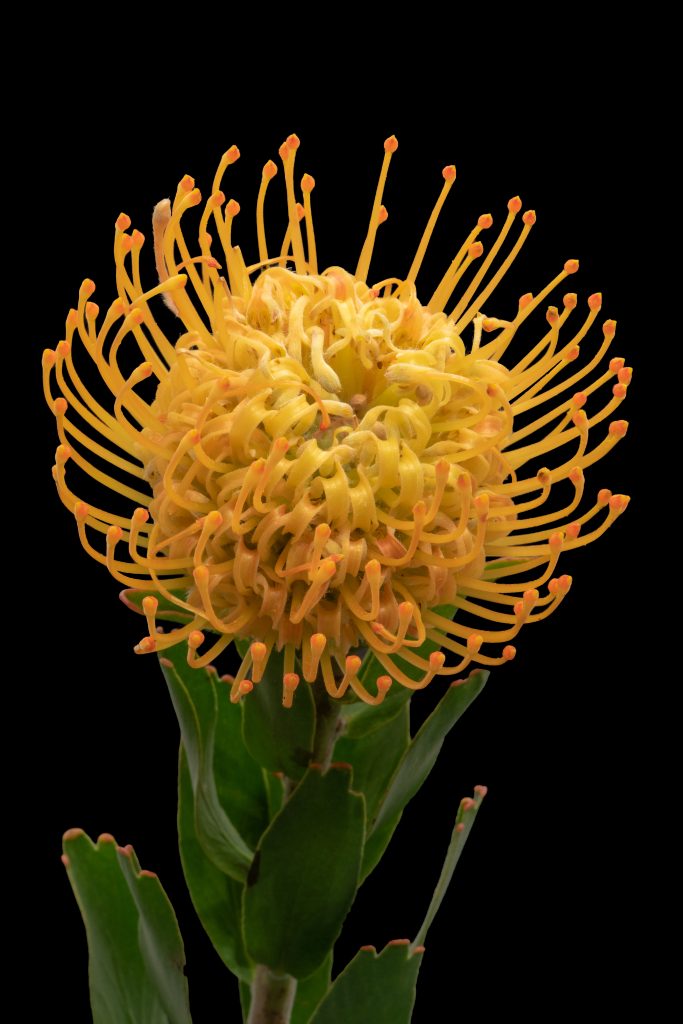 Native to Australia and South Africa, Protea are the epitome of unique and actually date back to prehistoric times!

“The king protea opens like corona of a star
Only thing inside that’s missing is eye that sees far​.”

The Meaning of Protea

The meaning of the protea depends on both the circumstances and the relationship between the giver and the receiver. But there are a few common meanings we can all agree on:

There are 2 main legends or symbolic meanings attached to protea. One of which comes from South Africa and the other from Greece (which we’ll talk about a little later).

In South Africa, the beautiful protea flowers received their name because of their interesting, unique petals. The petals reminded South Africans of a crown, so they decided to give this beautiful bloom the name ‘Protea.’ [4]

There are many flowers that have just one meaning, but the protea has many meanings depending on its color… and it has a lot of color varieties. Here are just a few different colors and what their protea color meaning is:

Protea is not known to have any fragrance. 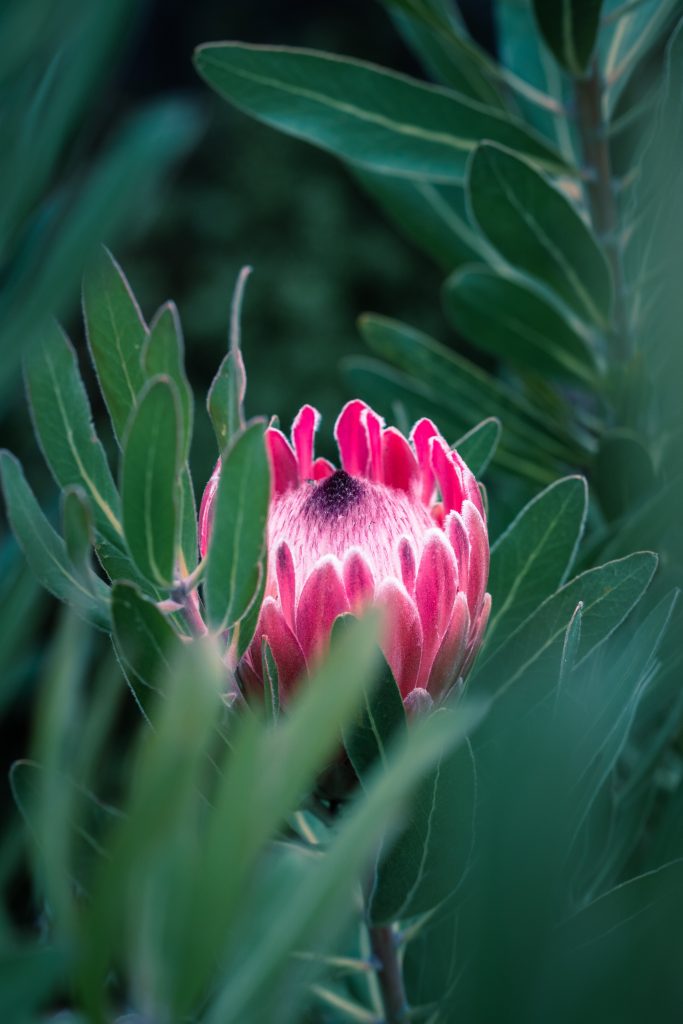 The History of Protea

The protea, the King Protea specifically, is most well known for its place as South Africa’s National Flower.

The genus itself was named in 1735 by Linnaeus after the Greek God Proteus, known for his ability to change shape at will. Legend has it, Proteus had the power to predict the future and was often sought out by people interested in finding out what life had in store for them. However, he didn’t share his intel very willingly and would frequently change form to escape and avoid these kinds of confrontations. People who sought his services had to hang onto him for dear life in order for him to share what was to come.

With around 112 different species, 89 of which are restricted to Southern Africa and only occur within the South Africa’s Cape Floristic Region. Evidence from fossil pollen has shown that the Proteaceae family has its origins from the supercontinent Gondwana 140 million years ago. Fossil evidence has also revealed that proteaceous plants were once found in Antarctica prior to climatic cooling that turned it into today’s icy wilderness.

Some proteas can grow up to 5 meters (about 16 feet), one example being the Protea nitida also known as the Wamboom or Wagon Tree in Afrikaans. This variety was historically used for firewood, making charcoal, and tanning leather. The wood was also used for making brake blocks and wheel rims for wagons, which explains the name “Wagon Tree.”

The bark was also often used to make an infusion for treating bowel issues, while the leaves were used for making ink.

The more popular variety, the King Protea, are far more common and widespread. They can be found in many forms, colors, and sizes, depending on the area of origin.

However, there are also many species of protea on the brink of extinction. Protea odorata is one that falls into this category. [1]

Australia has the greatest diversity of protea species. [2]
​

How to Grow Protea

The first and most important thing to know about protea is they are not for beginners and not for every climate.

Since they are native to South Africa and Australia, they require heat, sun, and very well-draining soil.

If you’re up for a bit of a challenge, let’s do it: 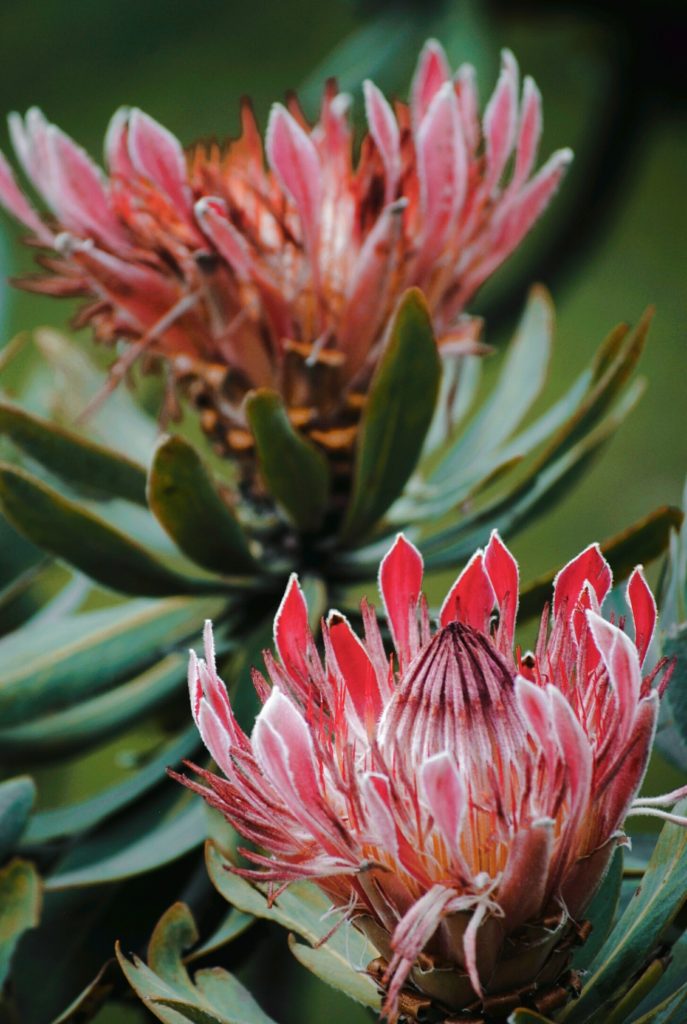 Proteas are so hardy, they can survive wildfires. [2] 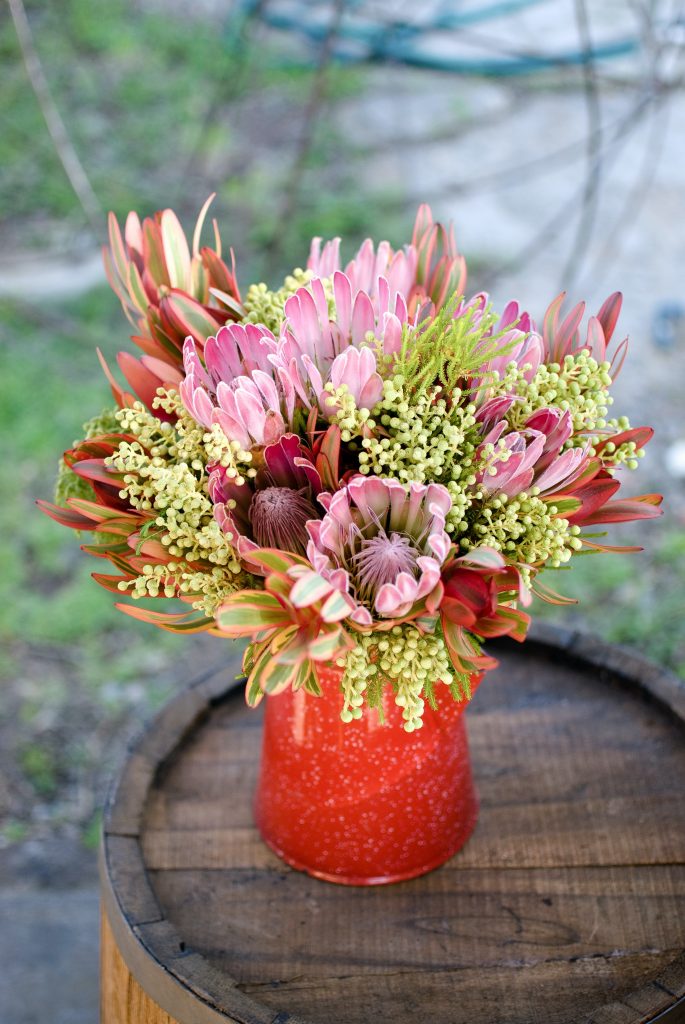 How to Care for Protea

Alright, and now onto how you should care for your freshly cut protea.

Before you place your fresh proteas in water, be sure to remove all of the foliage that would be submerged under the waterline and cut about a half-inch off of the stems at an angle.

Do this every few days, along with replacing the water in the vase to increase the longevity of your protea.

Try and keep your fresh blooms in a cool place where the sun won’t catch them and away from any vents or heaters.

Pro Tip: About 1/4 tablespoon of household bleach per quart of water can also help lengthen your cut protea’s life! [5]

When to Send Proteas as a Gift

The message behind the protea has been the same for centuries: always be courageous and always let your uniqueness shine. Give protea as an uplifting gift, someone who is about to start a new job or move to a new city. [4] 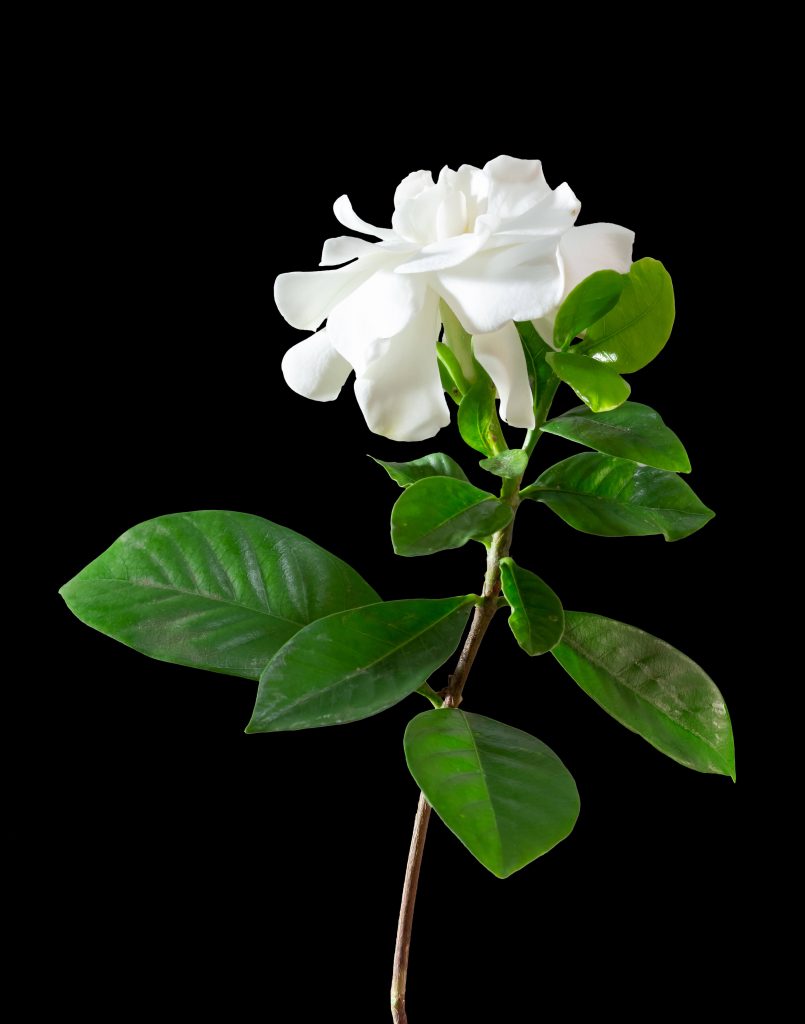