It’s plain to see the sheer beauty of the peony, and if you’ve ever gotten up close and personal with one, there’s no denying that their beauty pairs nicely with their enticing, floral fragrance that we just can’t seem to get enough of. If you thought the peony couldn’t possibly contain any more sophisticated beauty, you thought wrong!

“I equate peonies with love because they’re the first blooms of summer.”

The Meaning of Peonies

The peony’s infamous, bold blooms are one of Summer’s many stars. Their mystical ability to bloom and re-bloom year after year for more than one hundred years, push this flower way past the standard confines of beauty. It’s safe to say the peony has come to be quite an icon throughout history. It has become both a major tradition in many cultures and a symbol of bad luck in others. Quite the contrast!

But before we get into all of that, let’s take a look at the peony’s biological name, Paeonia. The peony’s name is derived from the mythological Greek figure Paeon. Paeon is known for studying with the Greek god of medicine, Asclepius. Legend has it, Zeus had to transform the student into a beautiful flower when he showed more progress than what was expected of him, i.e., more progress than his own teacher, and thus, faced the consequences of his superiority. Peonies are beautiful and all, but I’m not quite sure I’d like to become one. They do say, beauty is pain but…yikes.

While the peony has many contrasting meanings, this beautiful bloom is most commonly used to represent

No worries, we won’t stop there.

The peony actually has some incredibly deep symbolism attached to it. So without further ado, let us dive into a little bit of culture.

The peony is one of the most significant symbols in Chinese culture. This lovely robust bloom is one of China’s official emblems and plays a massive role in many different holidays and religious traditions. In fact, the peony is the flower with the longest continual use in Eastern culture and has deep roots in royal society. So regal, such royalty!

The Chinese name for ‘Peony’ even translates to “most beautiful.” We would have to agree!

However, this idea greatly opposes Western ideas. Greek myth refers to peonies as a sort of shield used by nymphs to hide their naked forms, shielding them from prying eyes. This is what caused the peony’s association with shame and bashfulness during the Victorian Era. Accidentally digging up a bundle of peony shrubs during the Middle Ages was a thoroughly horrific turn of events due to their associations with these mythical creatures. [1] 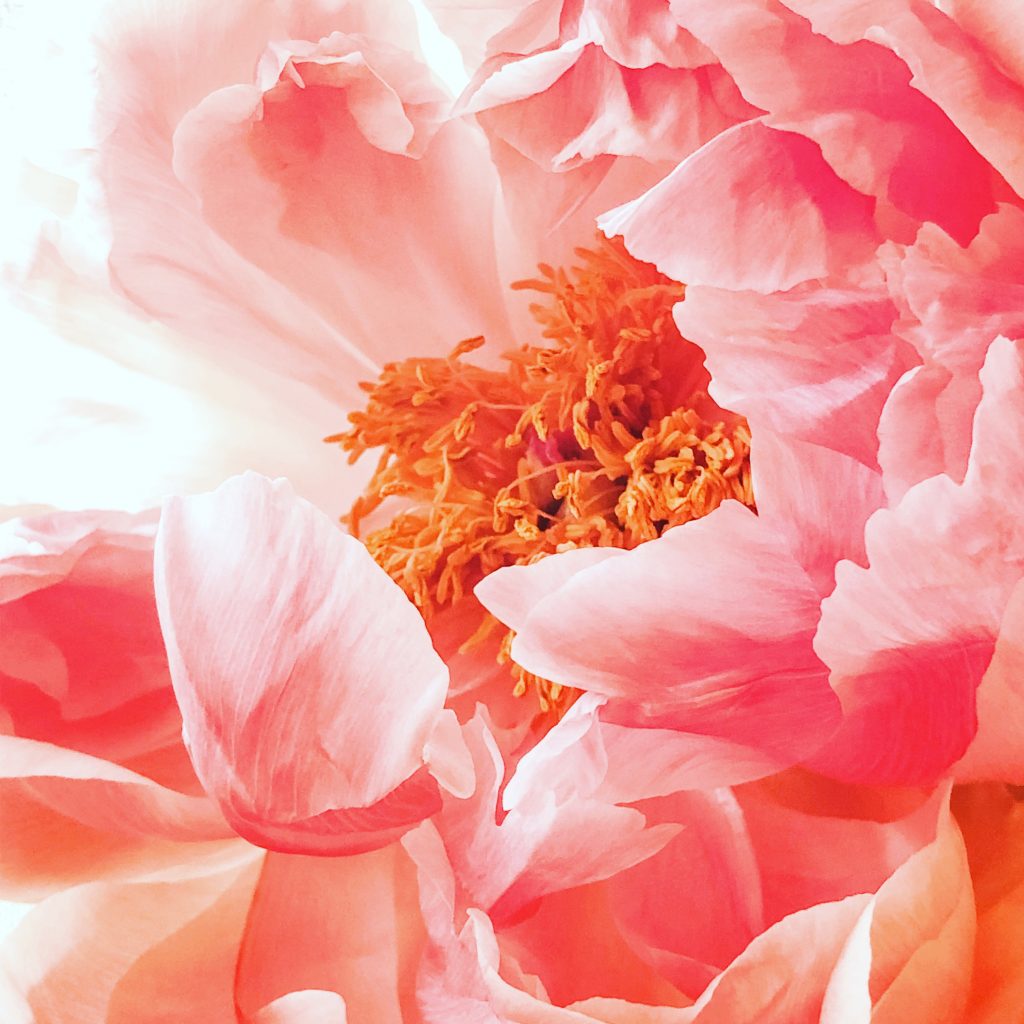 The History of the Peony

So we’ve already touched on a bit of the culture and history behind the great peony. However, there is SO much more we can dig into (we love a planting pun). Fasten your seatbelts ladies and gents, here we go.

According to ancient Greek mythology, a divine drama is what inspired the name of the peony. And by drama, we mean a war. Pretty typical, huh? Heracles or Hercules, as the Romans (and Disney), call him, son of Zeus; and Pluto, the god of the underworld, have a bit of a dispute on their hands. During an intense, violent battle, Heracles manages to injure Pluto with an arrow to the shoulder. Pluto, not accustomed to being down (besides, you know, down under), the god of the underworld retires to Mount Olympus in search of Asklepios, the god of medicine. Unable to find him, Pluto asks one of his students for some help. This student just so happens to be the incredibly talented god Paean. He heals the god of the underworld using a brand new kind of medicine: a stunning flower growing right there on Mount Olympus, any guesses!?

Sounds pretty tame, right? Well, we’re not quite finished yet. Paean’s teacher Aslkepios is jealous of his success…

As we all know, in ancient Greek mythology, the only way to overcome jealousy is to remove its source! And Asklepios does just that. He decides his only choice is to murder his student in order to prevent any further embarrassment. Zeus finds the body of Paean and chooses to honor him by transforming him into the beautiful flower that saved Pluto’s life. And thus, Paeonia was born.

Transporting to the Tang dynasty in ancient China, we see the story of the peony being told in another way.

Empress Wu of Xiyuan is said to have been enjoying a lovely cup of tea with princess Tai Ping in the imperial flower gardens on a brisk winter’s day. The empress becomes flooded with a sense of melancholy and begins looking for signs of early spring in an attempt to lift her spirits. All she can find amongst the snow are a few jasmine blossoms. As an elegant woman of thought, the empress decides to write a poem for the goddess of flowers:

“Let it be spring tomorrow, don’t wait another day. Let every flower bloom tonight, as if it was already May!”

Unsurprisingly, Empress Wu gets precisely what she wished for. The goddess of flowers makes it so every flower will blossom in the winter. The next day, every flower is in bloom but one, the peony. Furious, the empress banishes the peony to Luoyang. Upon its arrival, it blows everyone away with its beauty. [3]

How’s that for some history!?

How to Grow Peonies

Now it’s time to get growing!

Peonies require very little attention and maintenance as long as they are planted properly and have the chance to establish themselves in their new home. They don’t respond too well to transplanting, so try to keep that in mind when choosing a planting spot.

For best results, plant your new peony plant in the fall, late September and October in most US states is perfect, a bit later if you live in Zones 7 or 8. Your peonies should be all settled in and ready for winter about 6 weeks before the ground is expected to freeze. Although you can plant peonies in the spring, it’s very likely they will not do as well in the long run, and will generally lag a year behind peonies that are planted in the fall.

When choosing and preparing your planting site, be sure it is in a location that will not receive too much disturbance. Peonies do well in full sun, and though they can manage with half a day of sun, they will bloom best in a sunny spot that receives 6-8 hours of sunlight per day. Ensure the planting spot is sheltered from strong winds, as their large, heavy blooms make them susceptible to strong winds. Try not to plant them too close to trees or shrubs, as they don’t take too well to competing for food, light, and moisture. Think of them as a sort of beautiful princess who wants to be left to do her own thing and does NOT want to share her food. Finally, grow your peonies in deep, fertile, moist soil that drains well.

Now onto the fun part, planting.

Peonies are usually sold as bare-root tubers with about 3-5 buds. Space your peonies 3-4 feet apart from one another to allow proper circulation between plants. We don’t want any diseases.

Dig a large hole, about 2-feet deep and 2-feet across, and set the root so the buds face upward on top of a mound of soil in the hole. Place the roots no more than 2-inches below the surface, then backfill your hole and water thoroughly. [4]

The white peony is one of the oldest remedies in traditional Chinese medicine. Peony-root is the part that is valued in Chinese medicine to treat conditions such as convulsion. [5] 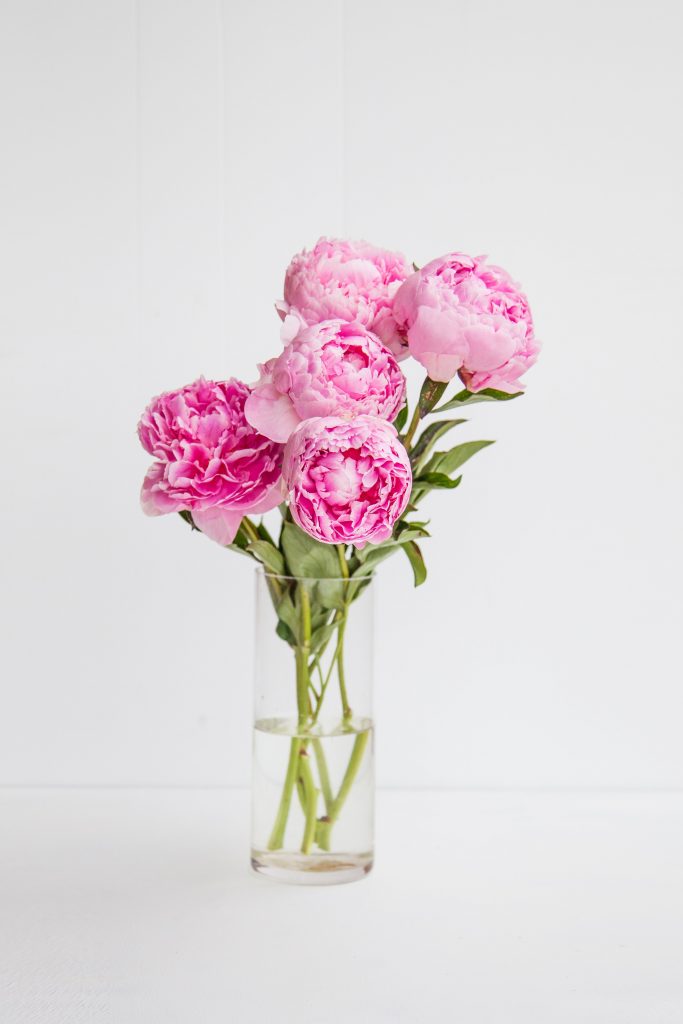 How to Care for Peonies

As one of the world’s most dearly beloved flowers, it is essential we know how to take care of them, right?

With their vast popularity, it’s not much of a surprise that these blooms can thrive just about anywhere. Many varieties can even survive a zone 2 winter, which essentially equates to a low of -50 degrees Fahrenheit. With their ability to live to the ripe old age of 100 years (or more), making sure they receive the right care seems like a pretty solid investment. Who doesn’t want lifelong peonies!? An important factor to be aware of and to keep in mind during the first few years of your new peony plant’s life, is that they rarely bloom their first year after planting. It usually will take about 3 years before you’ll start seeing any big, bold blooms. BUT after they begin to bloom, you’ve got a lifetime of fresh flowers to look forward to! We already know these blooms really don’t require too much supervision or care once you get them started. It’s quite unlikely that they should need any dividing either. If a clump becomes too large for your space, or even if you want to share some of your flowery wealth with a friend or neighbor, fall is going to be the best time to divide your plant. Cut back the foliage and gently lift the entire plant out of the ground. Using a sharp knife, cut apart some of the plant, making sure to create large clumps of roots with a minimum of 3-5 eyes per clump. Place your plant back in the ground, keeping eyes on its roots to make sure they don’t break off. Water your original plant until the water has reached the base of the hole, and the soil has once again settled around the roots. Don’t worry if your blooms don’t reappear the following spring after dividing, they should return as usual the next season!

To keep your peonies healthy, you should apply organic, all-purpose fertilizer and a bit of compost to your plants yearly. If you mulch your flower beds, be sure to keep the mulch away from the base of your plants, as this could cause your peonies to skip their blooming season (which we DEFINITELY don’t want).

If you are growing larger varieties of peonies, like the double or “bomb” style blossoms, it is vital to provide some support while the flowers are in bloom (they can get waterlogged and quite heavy). Place your supports around your plants early in the growing season before the plant gets more than a few inches high. Once it has filled out and begun to bloom, it will become almost impossible to set up the correct support system.[2]

When to Send Peonies as a Gift

Coinciding with their royal roots and symbols of beauty and refinement, peonies make the perfect gift to reflect such things. Whether it be a special occasion or just to show the beautiful people in your life, how much you care! 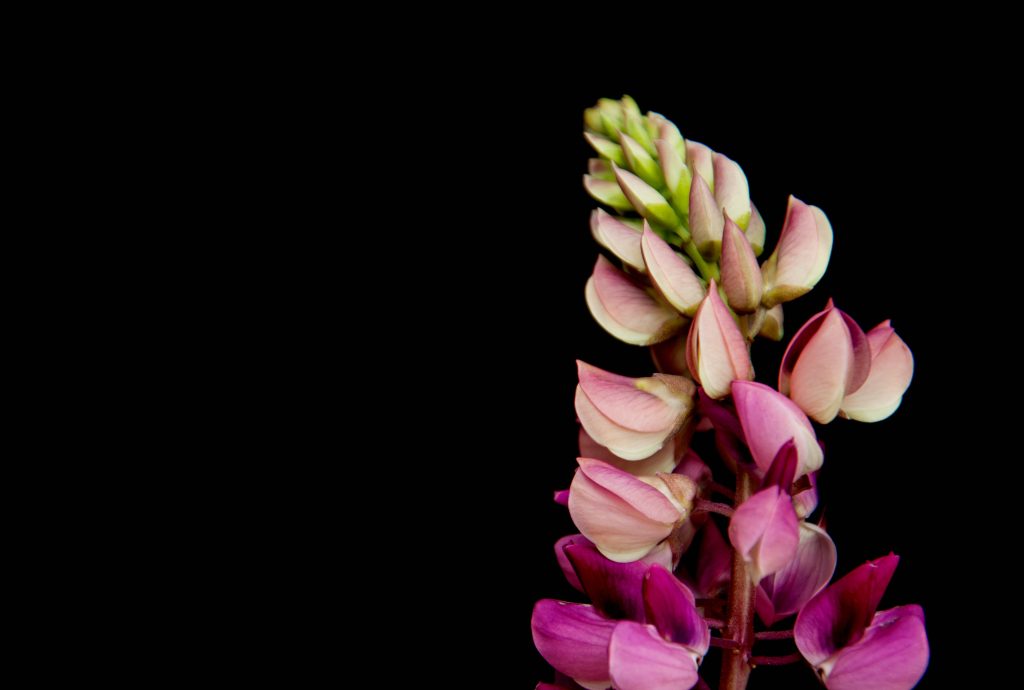