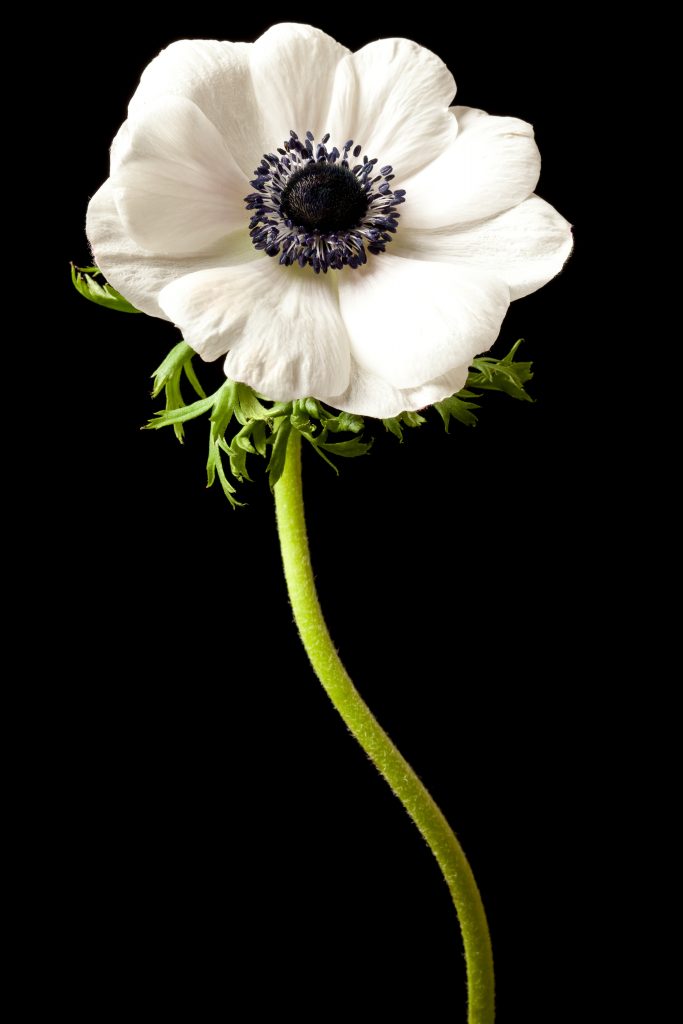 No, not the one under the sea! We prefer the one in the garden *wink wink*.

“Thy subtle charm is strangely given, My fancy will not let thee be, Then poise not thus ‘twixt earth and heaven, O white anemone!”

The Meaning of Anemone

The anemone has so many different meanings, so we’ll start with fairies:

Legend has it; fairy folk are believed to hide in the anemone’s petals and close them up when there is a threat of rain. [1]

Greek legends say that Anemos, the Wind, sends his namesakes the Anemones in the earliest spring days as the heralds of his coming. Pliny affirmed that they only open when the wind blows, hence their name of Windflower, and the unfolding of the blossoms in the rough, windy days of March has been the theme of many poets:

Her lips until they’re blown on by the wind.’

Culpepper also uses the word ‘windflower.’ In Greek mythology, it sprang from the tears of Venus, as she wandered through the woodlands weeping for the death of Adonis –

‘Where streams his blood there blushing springs a rose

And where a tear has dropped, a wind-flower blows.’ [2]

Some other common meanings include:

There are 120 species of anemones, all also commonly called ‘windflowers.’

Greek myth gives the anemone two meanings, the arrival of spring breezes and the loss of a loved one to death, while the Victorian took a bit of a different look at the beautiful blooms, using them to symbolize a forsaken love.

Chinese and Egyptian cultures considered it a symbol of illness because of the coloring, while European peasants carried them to ward off disease. The flower’s natural reaction of closing up at night and opening for the morning means it symbolizes anticipation for something soon to arrive. It’s a symbol of bad luck to many Eastern cultures, but Westerners tend to see it as a protection against evil and ill luck instead. [3]

The anemone has very little scent and doesn’t really rely on the visits of insects for the fertilization of its one-celled seed-vessels, which are in form like those of the butter-cup, arranged in a mass in the center of the many stamens, and are known as achenes. [2] 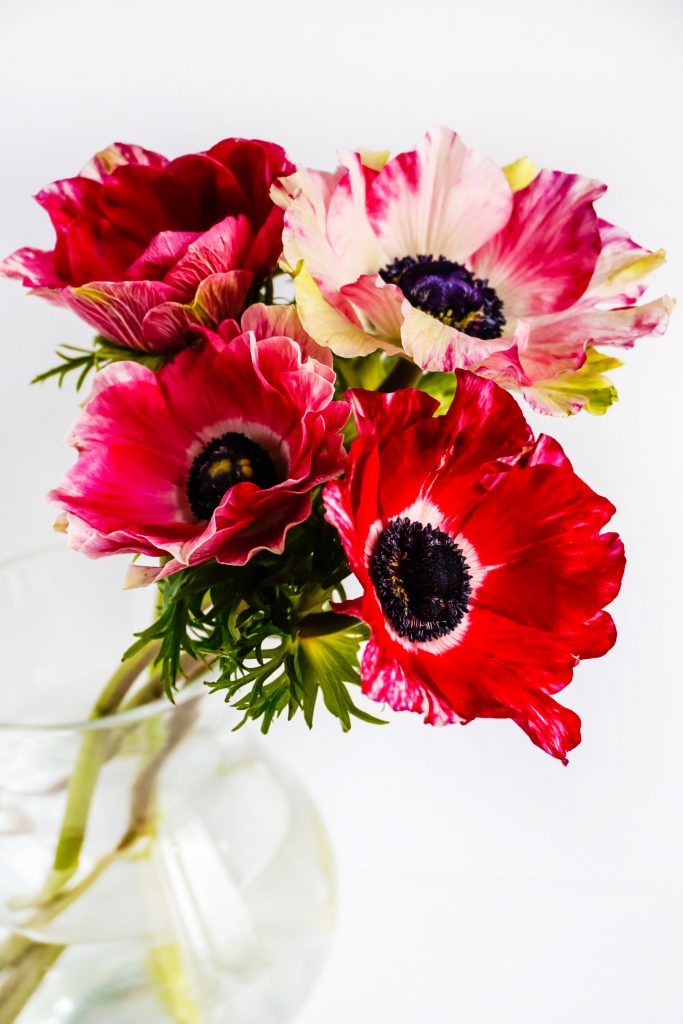 The History of the Anemone

Researchers believe the genus originated in Japan, but since they’re found throughout the entire Northern Hemisphere, it’s almost impossible to pin down exactly where they came from.

Most anemones are used in garden meadows, and the most popular species is the Japanese anemone (Anemone hupehensis), which blooms in autumn and is also known as poppy anemone due to its similar appearance to a poppy.

Anemone is also used in traditional folk medicine around the world. Back in the day, it was common to use anemone to treat stomach spasms and menstrual pains. The Ancient Romans used the blooms to treat bruises and fever. For some, it also helps to alleviate panic attacks. But there isn’t much scientific evidence to prove it’s actually effective. These flowers consist of various medicinal compounds, including triterpenoid saponins, which have anti-cancer activities. Some of the compounds of anemone have anti-inflammatory, sedative, analgesic, antimicrobial, and antioxidant activities as well. They’re also a prevalent plant used in ethnopharmacology.
Folk medicine specialists use anemone to treat dysentery, malaria, ulcers, arthritis, hepatitis, and parasitic diseases.

In traditional Chinese medicine, Anemone raddeana is used to treat arthritis and skin problems. The rhizome of the same species is also used to treat epilepsy and neurosis. Another species called Anemone vitifolia, commonly known as wild cotton, is used in China to treat various injuries, rheumatism, and other diseases.

Anemone is also a common plant in the ethnomedicine of India, America, Korea, Europe, and other countries. People use Anemone biflora bulb to treat burns and cuts. Back in the day, they also used the mixture of anemone’s root to treat various eye diseases. [3]

Anemone leaves are simple or compound with lobed, parted, or undivided leaf blades. The leaf margins are either toothed or entire. [4]

How to Grow Anemone

Such a hot-topic blossom, it’s no surprise we’d want to learn how to grow some for ourselves!

These spring or fall-blooming plants will most definitely add a pop of color to your garden with their vibrant reds, whites, pinks, yellows, and purples.

So, without further ado, let’s get planting:

Just be sure to water them regularly when it doesn’t rain, and try to keep the soil lightly moist.

Pro Tip: Water slowly to allow the soil to absorb as much water as possible. 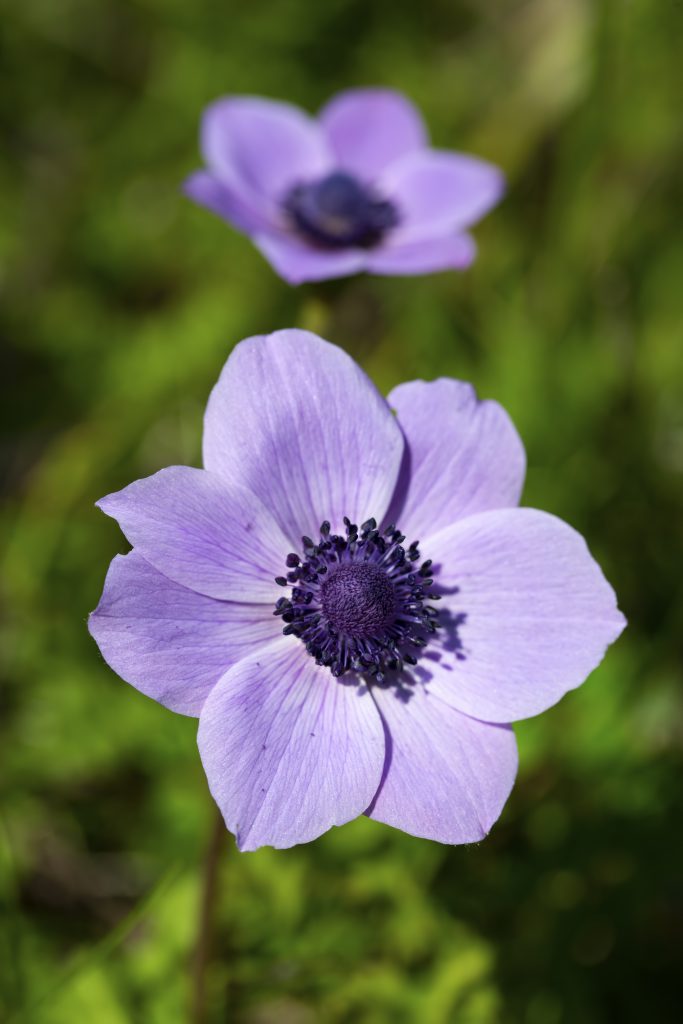 Anemones are often depicted in images of the Crucifixion or alongside the Virgin Mary as she mourns the death of Christ. It is said that the red anemones that are included in these paintings symbolize the blood that Christ shed.​ [4] 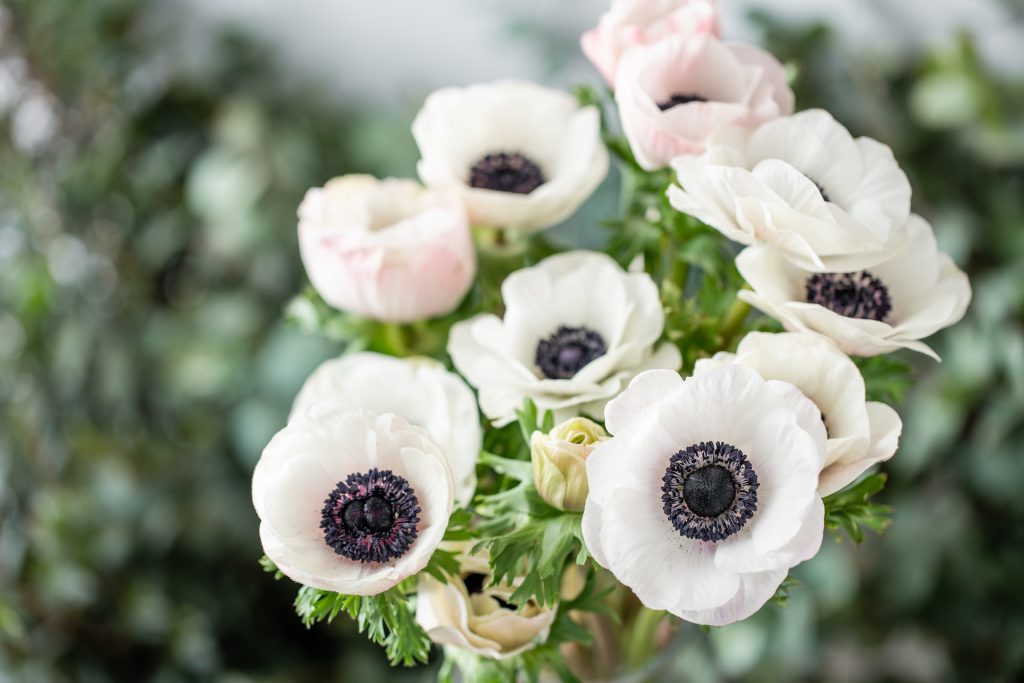 How to Care for Anemone

Alright, and now onto how you should care for your freshly cut anemone.

Not only are these blooms soo gorgeous, but they also last, making them ideal for wedding bouquets and centerpieces.

When to Send Anemone as a Gift

Anemones make the perfect gift for someone looking forward to a big move, marriage, or the birth of a baby, a get well gift, or eve wishing someone good luck! [1] 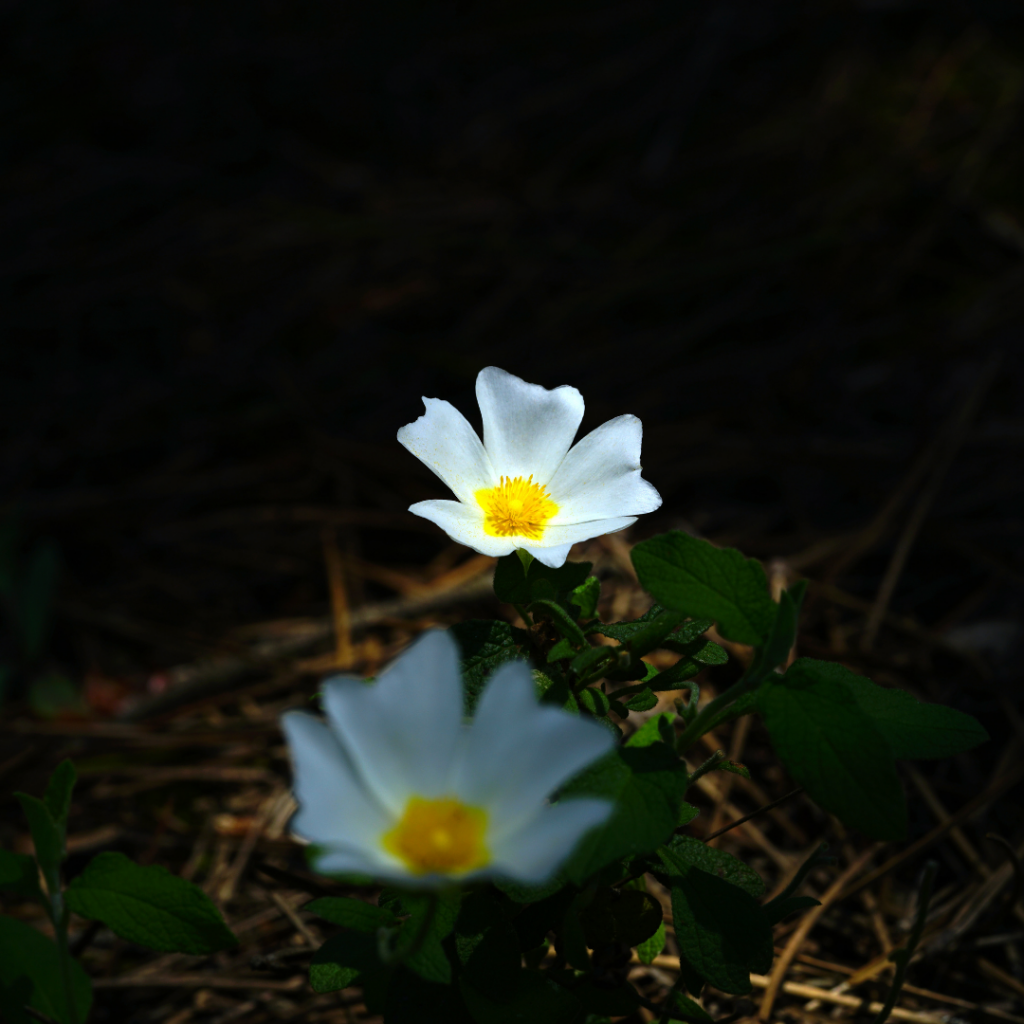 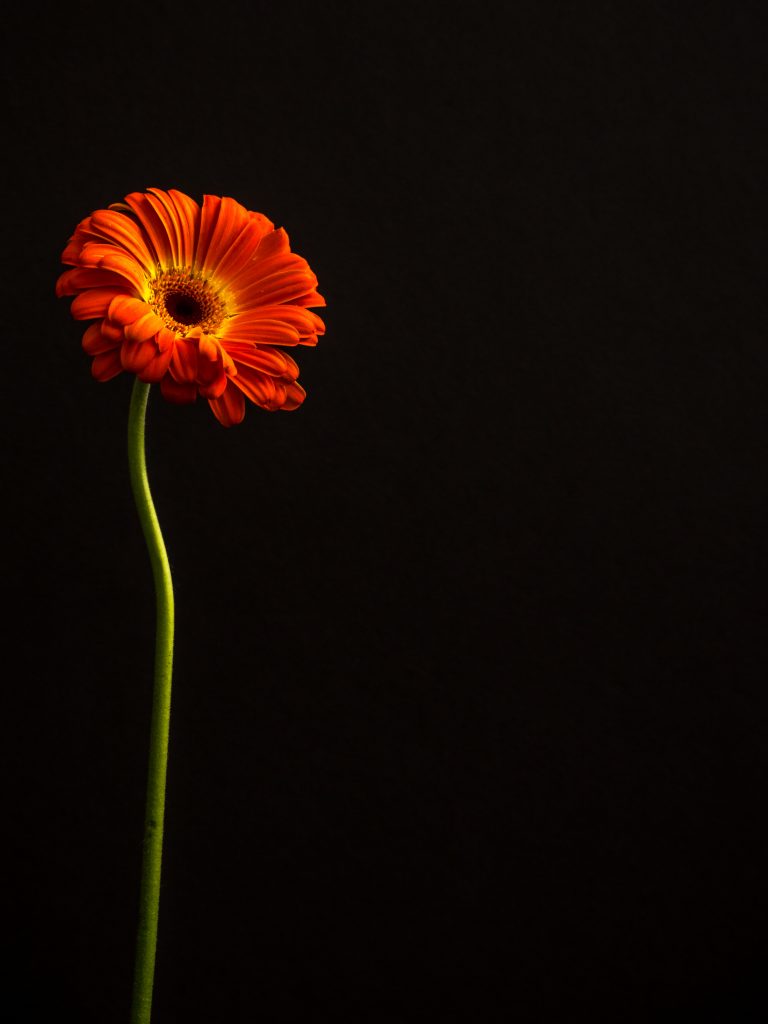